Fighting the Flu through Vaccinations 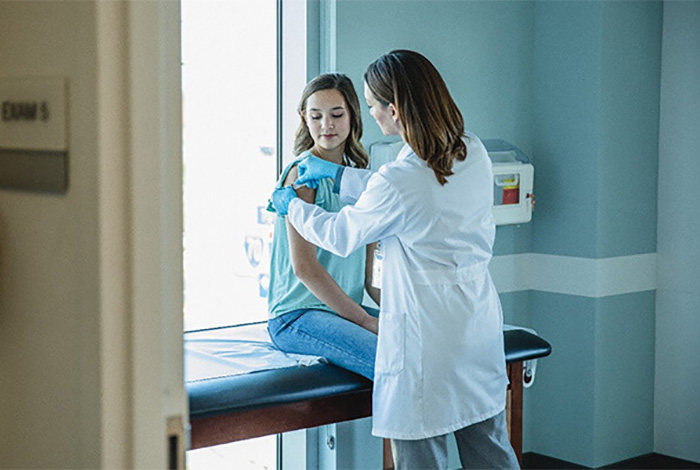 For nearly 10 years, Centene Corporation's Fluvention® initiative has worked to decrease the spread of the flu by increasing the number of managed care members that receive an annual flu vaccination. The Fluvention® program helps educate families, communities, and organizations to increase overall influenza vaccination rates.

By meeting members where they are, whether it's on their cell phones, in the mail, or at their doctor's office, Fluvention® leverages the relationship a member has with their environment. By engaging with members though a variety of outreach initiatives, the program encourages flu vaccines while providing information about the risks of influenza. Fluvention® has increased vaccination rates year over year and is on track to surpass their goals again this season.

For the 2018-2019 flu season, the updated Fluvention® materials (developed with research insights from the Centene Center for Health Transformation®) focused on behavioral theory to encourage flu vaccination among members. The Fluvention® team also deploys pilot programs to increase flu vaccination. In past years, Centene has tested strategies to increase vaccination rates among pregnant women, older adults, and other high-risk groups.

The Centers for Disease Control and Prevention (CDC) has a number of ways to monitor influenza activity in the US. Their weekly U.S. Influenza Surveillance Report offers a visual map of the regions most affected by the virus, including data on viral surveillance, antiviral resistance, and influenza-associated hospitalizations.

Texas, home to Centene's subsidiary Superior HealthPlan, was one of the states hardest hit during the 2017-2018 flu season. Partnerships with school districts and community health organizations played a key role in helping Superior HealthPlan communicate with members. Centene health plans continuously innovate strategies for promoting the flu vaccine to meet members where they are.

"In October and November, we called more than 190,000 members," said Susan Mills, senior vice president of quality improvement at Superior HealthPlan. "We also focused on educating school-age members by distributing thousands of stickers with a message about handwashing and getting a flu shot. Hundreds of schools, youth clubs, and health organizations helped us get the word out to kids and their families, all in an effort to stress how important the flu vaccine really is."

Ohio recorded 17,397 flu-related hospitalizations last flu season - more than twice as many as the previous season according to the Ohio Department of Health. Buckeye Health Plan, Centene's Ohio subsidiary, shared timely prevention tips as part of a Fluvention® campaign to promote healthy behaviors, including immunization and good hygiene. By promoting good habits and demystifying the effects of the flu vaccine, the Fluvention® team is a core partner in helping Centene's health plan members stay healthy.